The History of Tamales

Written by digiadmin on July 7, 2022. Posted in Blog, Mexican Cuisine.

When you think of portable Mexican cuisine, you probably think of tacos. However, before tacos were the most popular Mexican meal, there was tamale. Keep reading to learn the history of tamales: 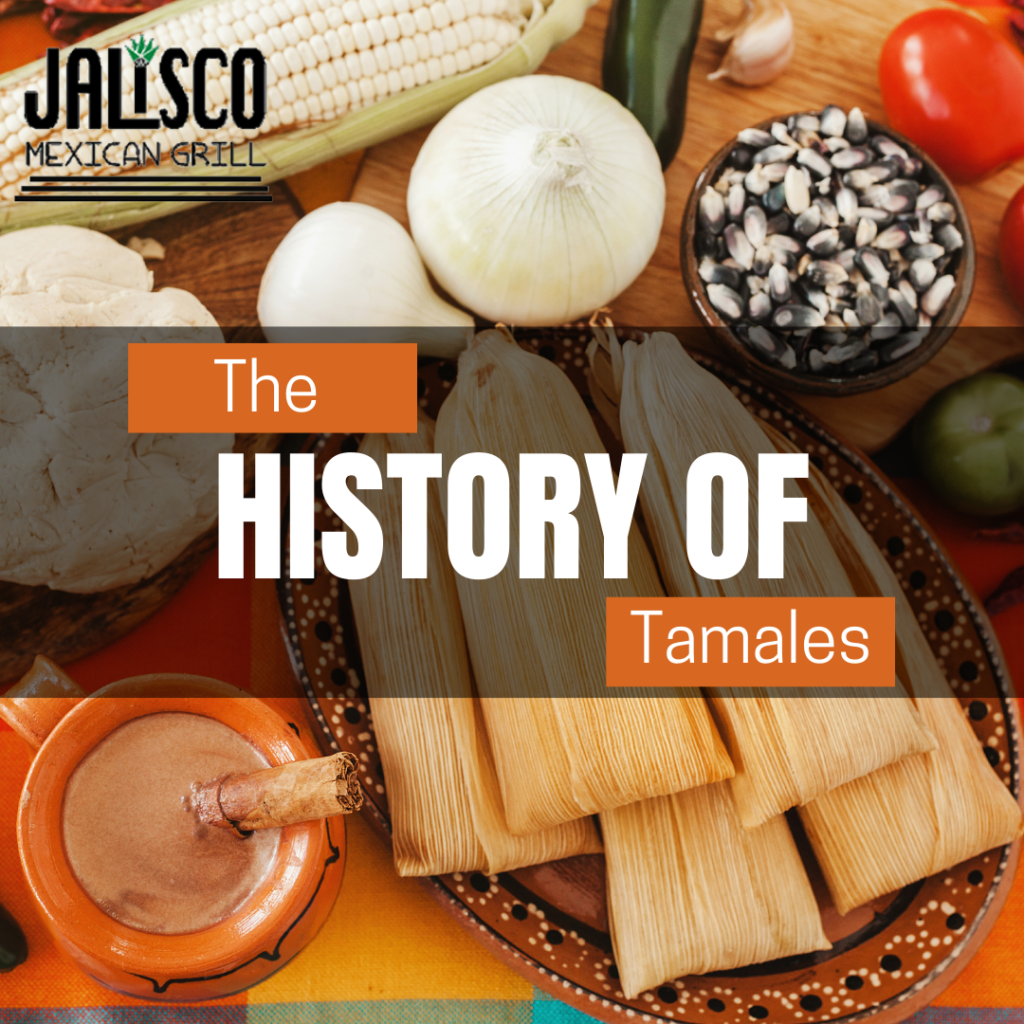 Today, tamales are frequently eaten during holidays. They are also seen as a symbol of Mexican nationalism. This was not always the case though. The history of tamales dates all the way back to 8000 BCE. Archaeologists discovered a hieroglyph from this era for tamales, proving that the dish spread through indigenous cultures of the Mexican and Yucatan peninsula. Yucatan called tamales “pibs,” while the Maya referred to the food as “uah.” The word we use for the dish now comes from the Aztec Nahuatl, who called the food “tamal.”

Tamales of the past were crafted using a long and tedious process. It started by cooking maize with an alkaline solution, which created wet nixtamal. Then, those who were preparing the food would use lime slake or wood ash to infuse amino acids and increase the nutritional value of the maize. Once this ingredient was prepared, it would be ground up in metate, which created the corn-dough masa that was used to form tortillas. It was then boiled in corn husks or plantain leaves. This process took days, but it would result in batches of hundreds of tamales. Today, the process is still long but is usually done in smaller batches. Oftentimes families will prepare tamales together for the holidays as a tradition.

While tamales are native to Mexico, they made their way to the United States in the early 1900s. Mexican migrant workers worked in the Mississippi delta region and brought their cuisine with them. Eventually, their recipes were adapted into a Creole version. The same happened in Texas, which is how Tex-Mex tamales came to be. The most common type of tamale is the pork tamale, but chicken, roasted vegetables, and other ingredients are common as well.

If you are craving tamales, come to Jalisco Mexican Grill. We serve a tamales dinner that includes two tamales served with rice and your choice of soup or salad. We are located at 8389 S. Tamiami Trail in Sarasota, FL, and we look forward to serving you some tamales soon!